So Uncle Larry, have you made any new year’s resolutions for next year?

To not make any new year’s resolutions. 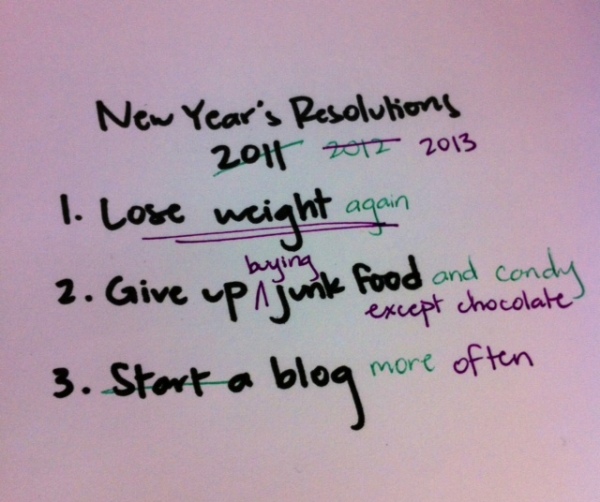 New year’s resolutions are funny things.  Many people make them, but only 10% of people actually do them.  (Check out this radio piece for more fun facts about new year’s resolutions.)  With such a low success rate, it seems perfectly acceptable not to follow through on these annual goals.

But what if there is a change you’d really like to make in your life?  What can you do to be part of that 10% who actually keeps their new year’s resolution?

Give yourself a head start.

One research study investigated what happens when people are given a head start toward a goal.  One group of people was given loyalty cards which entitled them to a free car wash after getting eight stamps.  Another group was given loyalty cards that entitled them to a free car wash after ten stamps, but the card already came with two stamps.  The required purchases (eight) was the same in both cases, but almost 75% more people in the head-start group earned the free wash than those who were not given a head start.  People are more motivated to reach a goal if they feel like they’re already part of the way there.

So how do you go about greasing the wheels for yourself?

The first time I did this exercise, I felt like I was on a roll! (Even though all I had really done was sit and write for five minutes.)  I went from lying on the couch to running around my apartment getting things done.  Now I have eleven things on my win list!  Now, twelve.  Now, thirteen!  My fiance eventually had to tell me to stop and go to sleep.

The momentum from that little exercise prompted me to take concrete steps toward my goal.  All it takes is five minutes.  You can repeat the exercise daily, or just whenever you feel you need a little nudge toward meeting a goal.