One of my best friends and I decided to go to a day-long retreat at Spirit Rock, a meditation center tucked into the beautiful rolling hills of Marin County.  She and I are both go-getter personalities, and have been exploring mindfulness as a way to mitigate the stress we sometimes encounter at our jobs. 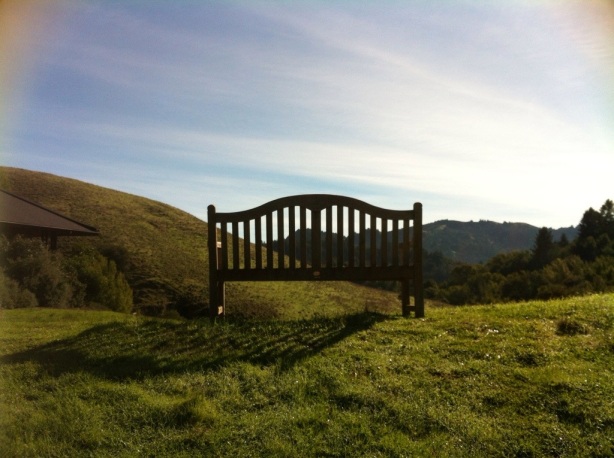 The day we went was bring-a-friend day to the day-long meditation retreat at Spirit Rock.  The instructor, Anushka Fernandopulle, pointed out that in addition to bringing a friend to the retreat, we would learn how to become a good friend to someone we often forget to be a good friend to — ourselves. END_OF_DOCUMENT_TOKEN_TO_BE_REPLACED 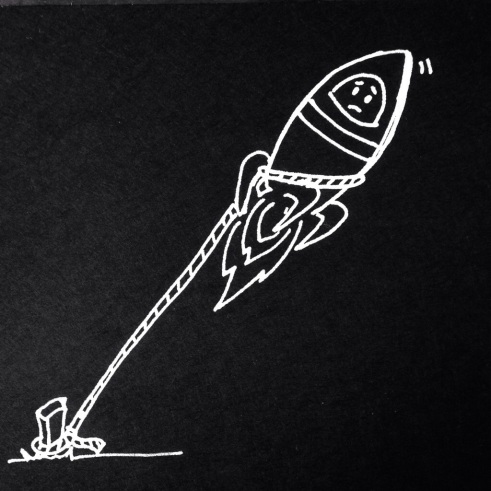 “I give up. I’m just going to stay here until I can save up enough to retire early.”

“How long will that take?”

“Seven more years. Given that I’ve decided to stop trying to move, do you have any advice for me?”

She worked for a well-known company where she was handsomely compensated, so I could see why leaving the company wasn’t something she ever considered. However, her supervisor was moving the team toward work she wasn’t thrilled about doing, so she had been trying to find a different role within the company for the past year. Things didn’t pan out. She wasn’t happy, but she was throwing in the towel, for now.

“So, what I’m hearing is that you eventually want to leave this job and company entirely, but you don’t feel you can do it right now?”

“Ok. If you’ve decided that you really want to leave eventually, maintain and protect your exit velocity.” END_OF_DOCUMENT_TOKEN_TO_BE_REPLACED 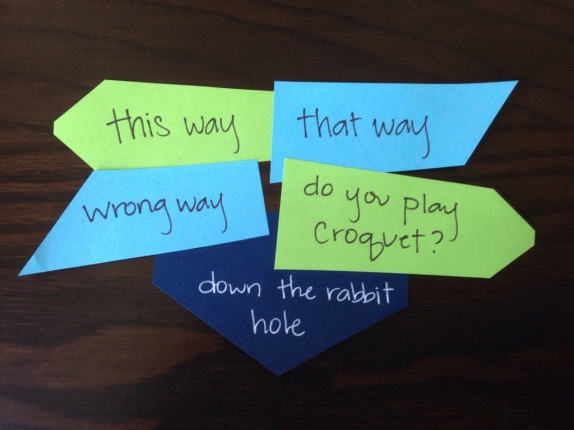 Yesterday my friend and I were trading stories about our mentoring and coaching experiences. One of his mentees is a senior at Stanford. His mentee has a job offer at a top consulting firm, but he’s trying to decide between that, working for a startup, or staying in school one more year to earn a master’s degree.

“My mentees often ask me, ‘What should I do?’ But I can’t tell them what to do. They have to make that choice on their own. But they seem terrified of making the wrong choice. What advice would you give them?”

It’s funny. The fears of those undergraduate students are not that different from the fears I see in the experienced professionals I coach. It’s not actually the fear of “What if I make the wrong choice?” (As I’ll explain in another post, there are methodologies you can adopt to avoid the regret of making the wrong choice.) Really, at the root of their fears is one super-scary question: “What happens if things don’t work out?”

This question is scary because the unknown is one big bad scary monster. Most people would rather stay in a situation they know is bad than walk away from that bad place and into the unknown. Uncertainty is scary. It’s like the fear of the monster under the bed. It’s scary, because you can’t see it.You don’t know where exactly it’s lurking or when it’ll come out to get you. It’s like fear of noises in the dark, which cause your imagination to run wild about whether it’s just a deer sneaking into your backyard, or a psycho serial killer from a movie.

The best way to mitigate the fear of the unknown is to bring some certainty into the situation. Shine a light into the darkness and see what’s there. To do that, think about the following 5 questions:

1) What is it that you fear? Often, people are afraid of “What will happen if things don’t work out.” Well, what does that mean? “Losing everything” is too vague, and that will feed your fear. Have you lost money? Friends? Time? Your reputation? How much? Be concrete about what it is you are afraid of.

2) What is the absolute worst that can happen? What is going on in that situation? Paint a vivid image of what life looks like in that worst case scenario. Ask yourself, how realistic is this scenario? What are the chances it could actually come to this?

3) What safety nets do you have to protect you from that worst case scenario? If you lose your job, what other jobs would you be willing to take? If you can’t pay rent, where could you stay? If you need support, who may be willing to help? Also, if you don’t feel you have enough of a safety net now, identify what can you do now to ensure you have more of a safety net in the future.

4) How will you know when things are not working out? It’s not that common for things to go from awesome to awful in one day. More often, things unfold over time. What are the signs that things aren’t working out? How can you proactively and periodically check in on how things are going?

This post originally appeared on Medium.com on February 19th, 2014.

My clients are pretty amazing people.  They are consultants whose recommendations are sought by Fortune 500 companies.  Entrepreneurs who had built their own business before deciding to move on to something new.  Experienced professionals who have emerged as leaders in their field.  They are extremely bright, often alums of the top schools in the world.  They set a high bar for their own performance.  They often have perfectionist tendencies, which helped them achieve the success they’ve achieved to date.  They are driven and ambitious.

But there’s something else that they all seem to have in common.  Something that really surprised me.  Every single one who sought out my coaching at a crossroads in their career, carried a great deal of shame, guilt, or both. 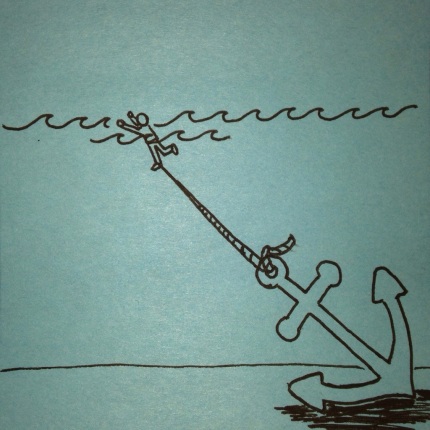 END_OF_DOCUMENT_TOKEN_TO_BE_REPLACED

For years, I refrained from disclosing details about my education unless asked directly.  I was always afraid someone would think I was “bragging” and wouldn’t like me if I mentioned that I have an engineering degree from Stanford and an MBA from UC Berkeley.

It wasn’t until I attended a conference in Lean Startup principles that I decided to do something different.

“Oh, I’m sorry.  I thought you were younger than you must be.”

It was the thousandth time I’ve heard that.  Over the course of the conversation it came out that I had earned my MBA four years ago, which would put me in my thirties, instead of the barely-drinking-age that I look.

END_OF_DOCUMENT_TOKEN_TO_BE_REPLACED 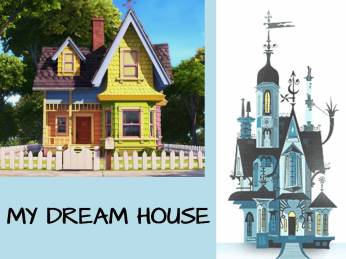 There’s a house in my neighborhood that I just love.  It reminds me of a cross between the house from the Cartoon Network show Foster’s Home for Imaginary Friends, the house from the Pixar movie Up, and my grandparents’ old house.

Every day I pass by it, I think about whether I could actually live in it someday.  That’s my dream.

What if I could make my dream come true?  Let’s suspend the current reality for a moment and fast forward to a future where my dream comes true: I live in that house.  At that moment in time, as I look back to the present day and everything that happened in between, what were the actions I took and the choices I made to make that dream happen?  END_OF_DOCUMENT_TOKEN_TO_BE_REPLACED 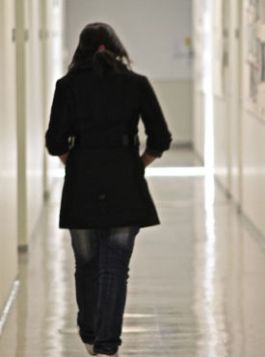 My neighbor: I was unhappy, unhealthy, and fat. But I still didn’t leave. I couldn’t.

My neighbor was telling me how she finally decided to take a sabbatical from her job.

My neighbor: I knew things were bad. Really bad. I was working crazy hours, I was stressed out all the time, I barely saw my partner or my kids, and when I did, I wasn’t really there with them. The stress of my job would follow me home. I dreamed of leaving my job, but I didn’t. How could I? I was C-level exec at a major pharmaceutical company. It wasn’t until my doctor told me that my job was slowly killing me, like literally, my health was at stake, that I decided I had to do something different. END_OF_DOCUMENT_TOKEN_TO_BE_REPLACED

Years ago I stopped making New Year Resolutions.  I was sick of feeling like a failure by the time February rolled around.  The cycle of shame looked something like this: 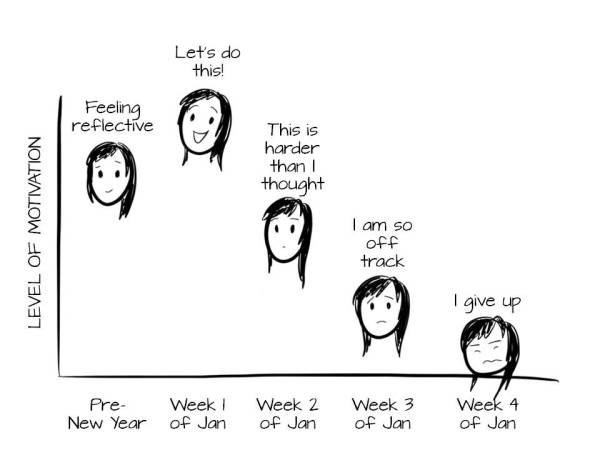 Weeks 2 and 3 after New Year’s Day were always the most difficult.  Mostly because of what was going on in my mind.  That’s always how it’s been with me; often the biggest obstacle to success was the little voice in my head telling me how far off track I was and that I should just give up.

So, instead of New Year’s Resolutions, I have New Year’s Mantras.  END_OF_DOCUMENT_TOKEN_TO_BE_REPLACED

The goal of any university’s career counseling centers is simple: ensure that students find a job after graduation.  But what happens after students get that first job?  What do they need to do to next? 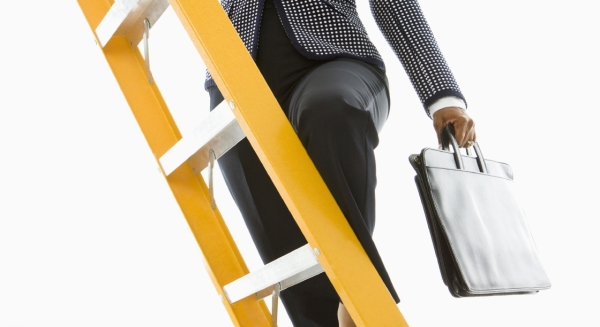 Thank goodness the first company I worked for had a week-long orientation for new hires in order to help set us up for success once we started work.  Yet, despite the 40+ hours of training I sat through that week, the most valuable training I received came to me at the happy hour at the end of the week.  One of the managers gathered a handful of new hires around him to tell us exactly what we would need to do to move up in the company.

END_OF_DOCUMENT_TOKEN_TO_BE_REPLACED

Mentorship has been popping up in my life a lot lately.  In the past two weeks, I’ve attended the 10-year anniversary for Stanford’s alumni-student mentoring program, met with my own mentor of 16 years, had dinner with my mentee of 6 years, and volunteered to be a mentor at UC Berkeley’s Women Empowerment Day.

It was at that last event that one of the young women asked a great question:  In the absence of formal mentoring programs, how do I find a mentor? 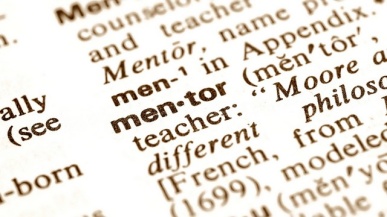